Skip to content
home SteamVR Valve’s new Index headset is a high-end option for VR fans, but is it worth the $999 price tag?

At $999 for the whole package, the Valve Index is easily the highest-priced method of entry for VR on the market (Oculus Rift S is the next most expensive, at $399). It has a number of high-end technical improvements over the competition to justify its price tag. The full Index consists of a headset ($499 by itself), two “Knuckles” rechargeable controllers ($279 for two), and two base stations ($149 each, with a 15-foot power cord, stand, and mounting hardware). The individual components are also backward-compatible with the HTC Vive and Vive Pro systems.

Initially announced back in late March, the Index is Valve’s first solo entry into the virtual reality hardware market, following the Bellevue, Wash.-based company’s 2016 collaboration with HTC that created the Vive. The Index is a peripheral for gaming PCs that’s powered by Valve’s SteamVR platform, and in keeping with many of Valve’s other recent projects, is compatible with Linux as well as Windows. It requires two base sensor stations to work, and can go as high as four if you buy extras, so you’ll need to dedicate a small play area to the Index in order for it to work.

The headset uses two custom-made 1440×1600 LCD panels with three full RBG subpixels, in an attempt to eliminate the VR “screen door effect.” The headset also features a 120-degree horizontal field of view, a broad suite of ergonomic adjustment options including lenses that can move independently of the facial interface, and off-ear speakers for non-contact audio.

The controllers, initially code-named “Knuckles,” are strapped to your hands during play sessions, so you can let go of them entirely if needed for more natural motions. Each controller features tracking ability for every finger on your hand, as opposed to the Oculus Touch controllers that only track the user’s thumb and index finger. This lets you pull off moves in VR like naturally picking up, dropping, and throwing objects, which is often trickier than it sounds.

Of course, the primary question with the Index, regardless of its horsepower, is whether or not it’s worth its price tag. Virtual reality is already hampered by its relatively steep cost of entry and space requirements, which other recent offerings such as the Oculus Quest have been attempting to address.

So far, the reviews have been positive, with a few consistent points both for and against the Index. Here are a few of the highlights:

Despite the multiple concerns about the price, it’s worth mentioning that if you want a Valve Index for yourself, units are already back-ordered through September. 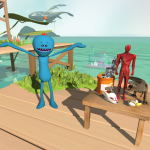